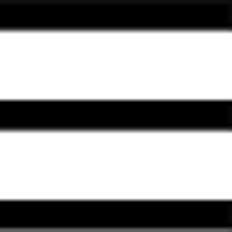 Supplement to lot no. 224, Karl Sterrer, Justice, which according to the current status will not be sold in the auction on May 19th 2022.

In researching the provenance of the work, we found the following, which is why we will not be offering lot no. 224 in our auction from the current point of view. We are in contact with the original owners and descendants of Georg Duschinsky and the current owner and are trying to find a solution that is satisfactory for everyone involved. We hope to find this solution before the auction and to be able to inform all interested parties!

The work with the original title "Justitia" or "Justice", also Victory of Justice or Adam and Eve (!), was Sterrer's first draft for a picture in the large courtroom of the 1st Vienna Regional Court. It was probably in the 50th annual exhibition, the anniversary exhibition of the Künstlerhaus between 21.3. and 2.6. issued in 1929.

In June 1927, the Vienna Regional Court officially announced that the artist Karl Sterrer had accepted the commission for a picture in the large courtroom of the 1st Vienna Regional Court. At that time, Sterrer had already started with his concept of "Justitia - Justice", a concept that he was subsequently to modify because of the vehement events surrounding the political acts of violence in Schattendorf in Burgenland. The final version changed from the allegory of "Justitia" to the "judge from the people", a man with the hand of oath, of whom only a draft has survived.

Reports about the unveiling of the painting in November 1928 testify to the special interest that Friedrich Aichinger, later President of the Second Vienna Regional Court, took in the project. (Iit was a direct commission.) It was ceremoniously hung in the jury courtroom above the judges' bench and remained there until the Nazi period - but then disappeared during this or at the end of the Nazi regime. Dr. Josef Seiters (a researcher on the work of Karl Sterrer) research in the administration of justice, the district museums etc. about the further "fate" were unsuccessful.

The first draft "Justitia/Gerechtigkeit" came into the possession of Georg Duschinsky, one of Sterrer's most important Jewish collectors. In 1938 the picture of Justice by Karl Sterrer was confiscated by the Gestapo from its owner, Mr Duschinsky. According to the research of Sophie Lillie (What once was, Handbuch der expropriated art collections Vienna, Czernin Verlag, Vienna 2003, p. 284 ff), who researched the expropriated art collections in Vienna, Georg Dushinsky was abroad on business when the Nazi troops marched in. All his belongings in the house in Cottagegasse, where he lived with his partner and ex-wife, were confiscated on verbal orders from the Gestapo. Georg Duschinsky never returned to Austria, fled to southern France with his partner, was arrested there in 1942 and deported to Auschwitz via the Drancy camp. His wife Erna was also arrested in 1941 and deported to Minsk. The Duschinskys were declared dead in 1948. The entire estate was transferred to Ernst Duschinsky, the son of Erna and Georg Duschinsky who survived the Nazi regime in Great Britain. In 1947, Ernst Duschinsky handed over a list with pictures to be searched for to the Federal Monuments Authority Austria, in which the picture Justice, oil 300 x 200 cm (first draft for the jury courtroom) is listed under No. 2. Ernst Duschinsky was able to flee to England in time from the National Socialists, married there and bequeathed his property to his wife Petra and their descendants. The trace of the picture is lost in 1938. Changes of ownership are only documented verbally from the 1980ies on. The picture subsequently changed ownership several times in the Viennese art trade, including Galerie Kurt Kalb, Kunsthandel Hieke, Kunsthandel Boris Wilnitsky, Kunsthandel Widder and finally ended up in an international private collection, which gave the picture to Widder Auctions to be sold at auction. Prior to this the painting has been offered at Im Kinsky Auctions three times before, 30.11.2018, 17.6.2019 and 4.5.2021 remaining unsold. According to the current state of knowledge, no further provenances were given in the auction house Im Kinsky.

Widder Auctions is in contact with the heirs of Georg and Ernst Duschinsky and is trying to find a solution that is satisfactory for everyone involved. We hope to find this solution before the auction and to be able to communicate it to everyone directly involved and interested.

Supplement to lot no. 166, Otakar Kubin, self-portrait: In Deutsche Kunst und Decoration, Darmstadt 1925, vol. 55, p. 279r, an almost identical work is shown, but not the work to be auctioned. The authenticity remains unaffected. We are thankful for this information!

Supplement to lot no. 216, Herbert Gurschner, Couple in Tuscany: The work is withdrawn and will not be auctioned on May 19th 2022.

You have subscribed to the email newsletter for the address.
If you wish, you can also enter further information and your interest in specific artists. Thank you!
E-mail *
Name
Adresse
Interesse